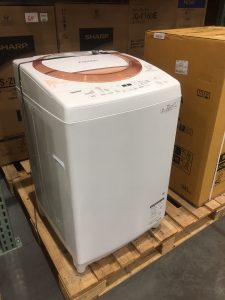 Bought Toshiba washing machine in Jan 2016. It was okay as a product but the last six months it created its own new feature.  It would start rewashing the whole load when it began the last 7 minutes of the wash cycle.  You had to stand there and wait until the last 7 minutes to make sure you didn’t have the machine constantly washing or stopping with a waterlogged load of clothes.

Thank God for the internet!  Now with people reviewing product on the internet we discovered it’s a common problem with Toshiba washing machines. Rather than calling a serviceman to temporarily ‘fix’ (because it does the same thing again as time passes), we decided it best to trash the Toshiba.

Interesting how the company’s accounting integrity issues seems to reflect in junk products.  Sad.  They are still pushing these at Costco and Yodobashi Camera.